Researchers over at MIT have developed a portable device that can turn seawater into safe drinking water with just a press of a button.

Also known as a desalination unit, the suitcase-sized device weighs less than 10kg, and requires less power than a mobile phone charger needs to operate.

You can use a portable solar panel to charge the device, which then uses a process known as Ion Concentration Polarization (ICP) and electrodialysis. This, effectively, means that the device “zaps” the water with electricity which will remove salt molecules, bacteria, and viruses.

This small, yet effective, device eliminates the need for replacement filters and high-pressure pumps, which current commercial desalination units require.

What’s so impressive about this device is that it can almost instantly generate drinking water that exceeds the World Health Organization’s quality standards, which can help revolutionize the way in which we access clean, safe drinking water.

So far, the prototype can currently produce around 295ml of drinking water per hour. However, researchers who tested the device at Carson Beach in Boston found that it was able to fill a plastic drinking cup in just half an hour.

“It was successful even in its first run, which was quite exciting and surprising. But I think the main reason we were successful is the accumulation of all these little advances that we made along the way.”

And the next project advancement is to make the device easier to use and improve its efficiency. Currently, the device only needs 20 watts of power per liter, but researchers are hoping they can produce more than 300ml of clean water per hour.

“This is really the culmination of a 10-year journey that I and my group have been on. We worked for years on the physics behind individual desalination processes, but pushing all those advances into a box, building a system, and demonstrating it in the ocean, that was a really meaningful and rewarding experience for me.”

Their hope is that one day this device can be deployed to remote and resource-limited areas to help refugees, and those recovering from natural disasters.

They also plan to deploy the device to cargo ships and soldiers on long-term military operations. But with so many people in the world without access to safe drinking water, the list of possibilities of what this device could do is endless!

While streaming services have been around for decades, they’ve only recently become popular. However, … 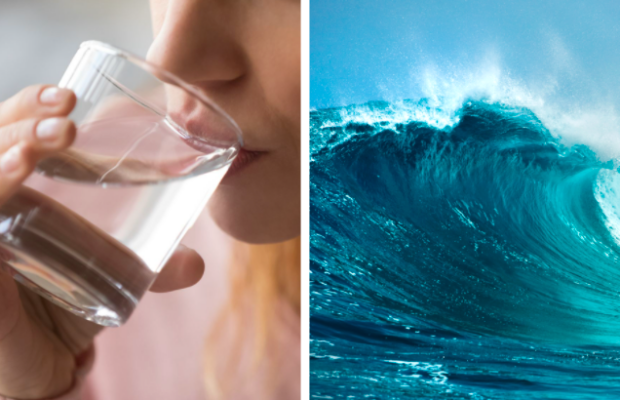