CSHL (Cold Spring Harbor Laboratory) scientists have thought computers how to recognize neural pathways through microscope images. Machines learning makes this task much easier compared to programmatic computing. This technique enables researchers to see and understand parts of the brain much more effectively than before. CSHL’s work improves the efficiency of automated neuron tracing. It also helps find the connections between neurons.

These maps of connections are super important for understanding exactly how the brain processes information. The generation of thoughts and behaviors can then be deciphered. Recently, humans have expand their capacity and imaging technologies. This, along with the ability to easily store data, have brought humanity to a point in which we have an enormous amount of data to draw from. The thing is, there simply aren’t enough people to go through all that data. Even if there was, a single individual simply doesn’t have the capacity and capability to understand neural pathways that a computer has. Led by Professor Partha Mitra of CSHL, the team responsible for the breakthrough submitted their findings to the scientific journal ‘Nature Machine Intelligence’.

I think of this project as building a virtual neuroanatomist. And the reason we need it is that the work that we’re doing has traditionally been done by expert humans who require, of course, decades of training. They have a tremendous amount of knowledge about neural pathways. They have looked at—I don’t know—hundreds of thousands of images. They understand the context. And they can offer expert judgment and interpretation.

We have to automate, but there are some areas in which humans still have an edge over machines. Humans are great at interpreting visual data. we are only just getting our computers to be able to do that on a basic level. What an expert can quickly decipher as as an individual neuron is not as obvious to a computer. But we can fix that by giving the computers what those experts got. Training.

Modern machine learning techniques . . . are still not good enough. And what’s missing is that they often don’t have some of the prior knowledge or information that we as humans would have in making these judgments about neural pathways, so we need to build in some kind of prior information.

The team accomplished this by using a type of mathematics. It’s a special type of math called topological data analysis. TDA is an approach to the analysis of datasets using techniques from topology. This is a way to visualize 3-D spaces The topology is sometimes called ‘rubber sheet geometry’ that emphasizes connectivity. This is in contrast with the typical kind of geometry that counts on precise angles and measurements. The team of scientists used a simplified mathematical description of the shape of neurons. Neurons vary widely in shape. The trick is to show a computer how neurons typically connect. Then, the it’s possible to significantly improved the software’s axon detection abilities.

Automated image analysis will still require a human proofreader for the foreseeable future, to ensure quality in scientific applications—but by enhancing the computer’s accuracy, this new method significantly reduces the work that must be done by an expert to trace neural pathways.

Thanks to a National Institutes of Health grant, the team will be able to further develop their AI data analysis system. These are some seriously important tools for the U.S. Brain Initiative. Mitra is hopeful that this technique will unravel some of the mysteries surrounding how the brain works. 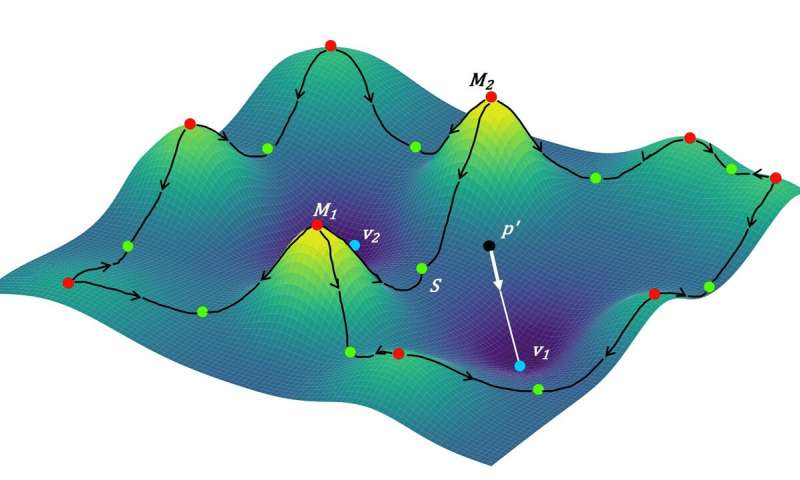