Although the DVD box set definitely induces quite a bit of nostalgia, it actually has some practical benefit. Because the files will be stored locally, that’s almost 100GB of data that people with really slow internet connections won’t have to wait forever to download. The DVD box set of Flight Simulator will be coming with a huge manual, as well.

We aren’t really sure if 10 discs is the record for a single game release, but it’s definitely near the top of not at the top of that list. I remember some Lucas Arts games coming in some rather large disc sets. Microsoft chose to go with 10 DVDs rather than 2 Bluray discs so that the game can be as accessible as possible. Not everyone has a bluray drive in there computer. 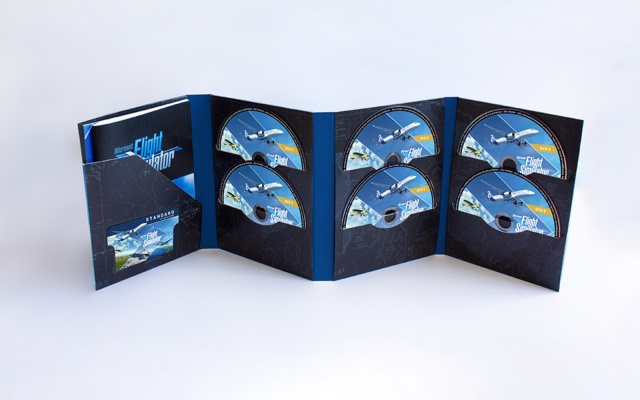