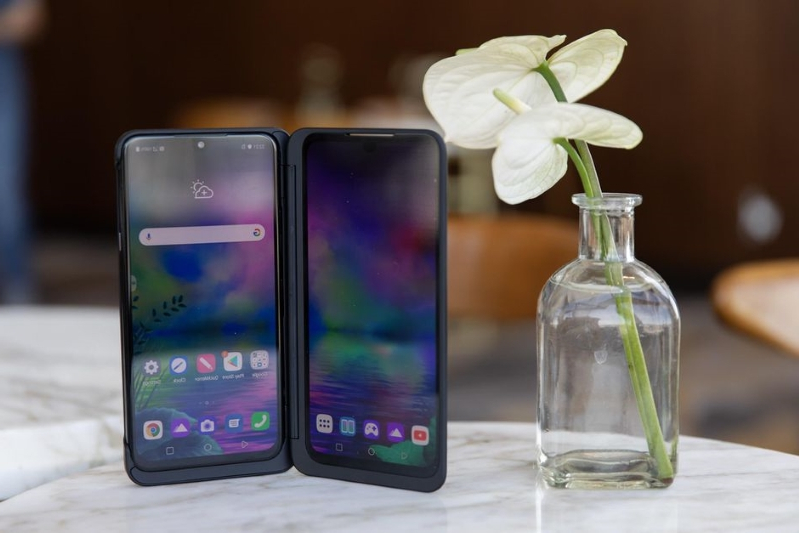 It was February 2019 at MWC when LG unveiled its first Dual Screen attachment 5G phone named the LG V50. The LG V50 was entitled as one of the sleekest, sexiest accessory phones we have even seen from LG.  Now in Berlin at IFA, LG is back with the dual-screen phone named the LG G8X ThinQ which seems to an upgrade of the V50. Now a question arises whether this phone is an absolute alternative of a foldable smartphone?

If you’re keen on buying a foldable smartphone but lack in funding then this LG G8X ThinQ could be the best option for you to buy. The phone comes with dual-screen setup in a single pad. This LG G8X ThinQ seems to be a solid end-to-end device which can serve you a multi-screen experience. The phone could be the best one for multi-tasking. This will offer to multitask on two applications at the same on both the screens along with unique gaming experience. For optics as well the phone will serve a unique experience to the one who loves to capture moments on wide-angle lenses.

The high costing of a foldable gadget from Samsung and other companies could be a better reason for a buyer to step back. It is expected that the smartphone will go around $1500, which doesn’t come under the casual price range. And that too when we all know that Apple is coming with its next-gen smartphone iPhone 11 and its upgrades.