After winning a battle in court against Magic Leap regarding the theft of trade secrets, Nreal can now launch its ‘Light’ mixed reality glasses. Koreans can now pre-order the Light under its local branding of ‘U+ Real Glass’ as part of a phone plan using LG’s ‘Uplus’ network. This only applies, however, if the customer picks the Samsung Galaxy Note 20 or the LG Velvet as their device. If so, then they can purchase the Light at a discounted price of 349,500 Won ($295 USD). Without the subsidy, the same glasses cost 699,000 Won ($590 USD) at an LG store starting on the 21st of August 21st.

Nreal engineered the Light with 5G capable hardware in mind, so this kit doesn’t include the ‘Toast’ computing unit seen in demos. You do, however, get a ‘VR Cover’ intended to convert the experience from an AR (Augmented Reality) one to a fully VR (Virtual Reality) one. This addition won’t fully replace dedicated VR headsets considering the fact that it only has a 52-degree FOV (Field Of View).

According to Nreal, the Light will support all native Android apps via what its calling a ‘Nebula’ interface, so this means that you will be able to easily use all your phone’s apps without removing the Light. The phone is the only input device for now, so that means you can expect to have to use your phones touch screen to navigate. Developers do, however, have access to the Light’s hand-tracking systems and will also be able to set their apps up to use a third-party 6DoF (6 Degrees of Freedom) controller.

As for non-Korean citizens, Nreal said that it will be bringing its mixed reality glasses to other markets before the end of 2020, so there’s a good chance that they will become available in other markets by then. 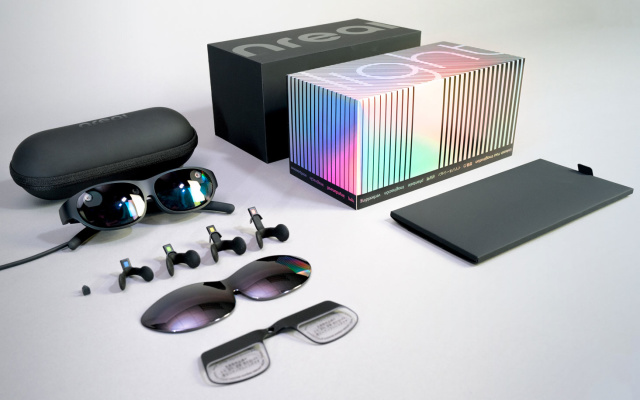