Chinese multinational technology company Huawei showcased its next flagship smartphone ‘Mate 30’ in Munich, Germany on Thursday. The smartphone was expected to be the biggest rival to Apple’s newly launched iPhone 11. The company launched the smartphone with an open-source of Google’s Android operating system. The point might be a drawback for the company to gain trust from Android users. As we all know that Google-licensed applications are one of essential for everyone and hence the smartphone is having a huge negative. 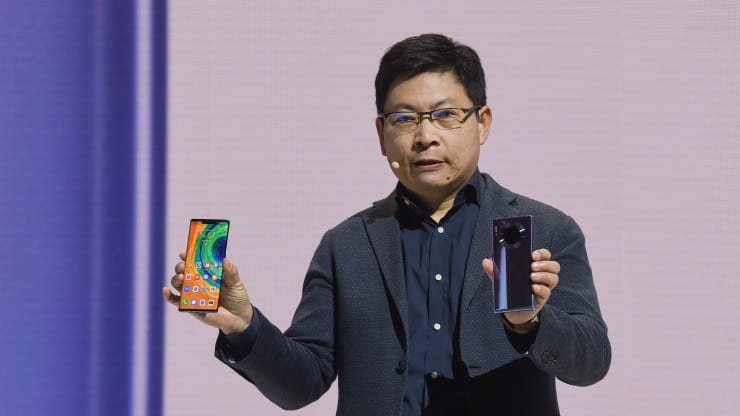 The absence of Google-licensed apps means that the phone will lack Google Applications like Google Maps, Gmail or YouTube. The company has been unable to license the latest version of Android due to the restrictions imposed by the U.S. on the Chinese firm.

The new 5G flagship phone launched by Huawei is the new addition to the Mate series of the company. The Mate 30 series was revealed by the company in a launch event in Munich, Germany on September 19, 2019. In the absence of the Google apps, the company is offering its own Android-based interface called the EMU110 and its own app store. The company confirmed that its own app store will allow the download of applications like Facebook, Instagram, and Whatsapp.

Some trade analyst also suggests that this lack of Google software will make a huge loss to the company and will make the company difficult to compete for rivals like Samsung and Apple.

As per the news posted by CNBC, Gartner Research Vice President Annette Zimmermann said: “I don’t see how many users/customers would make so many compromises with such a phone.”

The US officials placed Huawei in a restricted or blacklisted company in the past May due to which any US company require a special license to run a business or sell technology to a Chinese firm.

Back in August, the US officials have a temporary relief to Huawei to buy from Americans which was later extended till mid-November. But a Google spokesperson told Reuters last month that the reprieve does not apply the use of American technologies in the new products like this newly launched Mate 30.

Huawei has been working hard on its own operating system named HarmonyOS, but frankly, this early launch of the technology with Mate 30 doesn’t seem to be a good decision for the company.

For the color options, the phone will be available in 4 different color options like Space Silver, Emerald Green, Cosmic Purple, and Black.