The best phone on the market is by the leading Chinese company named Huawei, it is leading in the market for last 2 years and had good results in the market by the people and the youth. Huawei launched its phone named Honor Play in the month of August which gave one of the best results in the market, basically from them who love games. Honor is the company and brand which makes a budget phone for the youth and generation. It has a demand because gamers got quality and high-performance handset which has a budget-friendly price so that all the people could buy it.

One more necessary thing which people love to have in their handset is the weight of it, the new Honor Play weighted just 176gm. Coupled with the ergonomic design and a width of just 157.9mm it sits snugly in your hands without inducing finger cramp. Then you’re ready to go play. As Honor Play has a fine display of 6.3 inches FullView HD display screen this is the benefit so that we can use the Google Play store, and also in the latest past years all the games which were released or launched, the handset has it all.

The screen of the Honor Play is so fine and have an aspect ratio of 19.5:9 display and has a bezel around the edges. This actually shows how good this phone would be this new handset which is very famous for the gamers have 2 new games one is the  current market-leaders Fortnite and PlayerUnknown’s Battlegrounds

on the home here which can be accessed anytime, these game had the next level in playing on this phone just because the phone has a sharp screen which enhances these game quality. This phone is with the complete feature of a robot because it holds the player’s gaze and emphasizing attention to detail and also has a rich colour and with a beautiful screen.

What gamers want, it is all in this, it has a processor which makes light work of the heavy lifting under the hood, leaving the player with the kind of dedicated and smooth performance that comes from a handset built with games at the forefront just because of the Play’s GPU Turbo processor.

We have talked so much about the display and performance lets get about the battery, it has a great battery of 3,750 mAH which gives you the potential time to play and also remove your fear of disturbance in the game. Once fully charged this phone will give you the time-span of 4.5 hours without any pause.

If we look towards the other handset they are way more than expensive and also has a less battery backup and also they also weigh more than this Honor Play. Honour Play gets a tag of a gaming phone, this phone is more than anyone in the market and gives a tough competition in the market. Therefore, this Honor Play is the new budget-friendly phone. 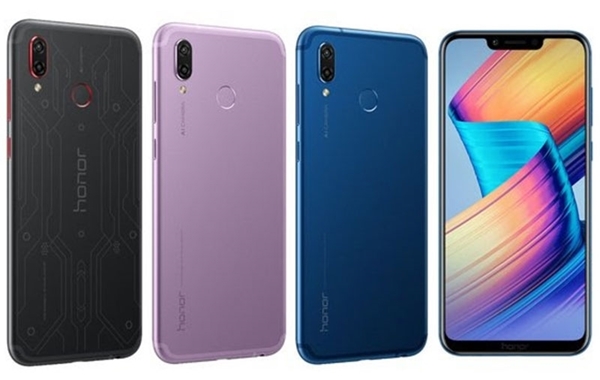