Today the top smartwatch in the market is of apple which came in 2015 and now is known as the best in itself, after three years. But still, Apple has the same design as the watch but with great and latest updates. In the watch series, two updates included GPS and full swim-ready water resistance watch and also onboard cellular connectivity in Apple Watch Series 3. We are pretty sure that the next version could finally be where Apple makes some more significant changes in how it looks.

In San Jose, at WWDC developer conference which was unveiled at apple’s watchOS 5, this brings the number of fitness improvements to the table, an instant watch-to-watch walkie-talkie mode, support for podcasts, and an ability to play audio from third-party apps on the go. This was what we think that Apple will surely include in its new version of the watch, whereas we will surely update you with the latest rumours and reports.

September is the month of release

Labor day, it is a day which is celebrated all over the world and mostly apple’s launch its new iPhone events generally after the week of that day, whereas the Apple watch has been also appeared during this time period along with the iPhone from last two years, according to this the apple watch series 2 and series 3 became available after a week, and we all are pretty sure that Apple will continue its trend to launch it in that week only(after the labour day).

Know the price of the watch?

As noticed the price of the Apple watch had dropped a bit in price over the last few years, but the Apple Watch Series 3 starts at $329 (£329/AU$459), which seems like a logical territory for a next-gen model, this is why the Series 3 a cellular version would cost more.

The great analyst Ming-Chi Kuo who’s had an excellent track record on Apple rumours has reported that the next apple watch will have a 15% larger display. He also said that the existing Apple Watch models all have a fair amount of bezel that’s kept hidden by the smartwatch’s black borders and mostly black OLED readouts, but going for a more edge to edge look would make sense and open up more room for information and messages. With this, the reason behind the next Apple Watch’s slimmer size could be due to a redesign of the clickable side button and be spinning clickable digital crown. The fast company also reported about this that these buttons would be solid-state, with a phantom haptic-enabled click sensation much like the iPhone 7 and iPhone 8 home buttons and recent MacBook trackpads. Apple watches a Taptic Engines which are already extremely redefined and made all these buttons solid-state could also help the watch be more water resistant.

What about the battery life and slimmer size

The design has been updated then it could be possible that a larger-capacity battery (with better battery life) might fit. Moreover, the next apple watch will just be more efficient in using that battery, in this, the better battery life could theoretically come from new display tech: a Bloomberg report in the spring said Apple would be making its MicroLED displays in future products. For wearables, MicroLED tech seems to have benefited by making slimmer, brighter less power hungry” gadgets. Welcome features are so important for a new product or a gadget. Therefore better battery life indicates that feature. A bit bulbous, with rounded square edges whereas the Apple watch has had nearly the same look for three years. Don’t indicate how much thinner it would be, or even if the watch could get larger done by the changes in design reported so far. Similarly, like iPhones designs do not change the Apple Watch Series, 4 will end up staying similar in size but gaining extra performance, battery and screen size.

Sleep tracking mode is there or not and what about the health sensor?

The sleep tracking company acquired a Beddit in 2017, whereas the missing feature in WatchOS 5 is built-in sleep tracking on the Apple Watch, but Apple’s hasn’t incorporated sleep tracking into its products or software yet. Apps that monitor sleep has a third-party apple watch, but current watch models also typically require nightly charging that gets in the way of the necessary nighttime wearing needed for sleep analysis. The Mi Fitbit watches last around four days on a single charge, making sleep tracking easier. You all would have listened to Garmin’s smartwatches; these smartwatches are also adding improved sleep tracking, too. The Fitbit’s heart rate studies are exploring testing for sleep apnea as well, which could be another target for Apple via improved heart rate sensors. Heart rate is measured well with the Apple Watch, and Apple’s Heart Study app already recognizes atrial fibrillation using the sensor. Kardia which are the Third-party EKG wristbands has added medical-grade heart rate monitoring. Last year reports have suggested Apple could develop blood glucose monitoring tech, although whether that could end up taking the form of a band, an accessory or an onboard sensor remains unclear. It is evident that measuring for blood pressure or blood glucose monitoring would likely involve a specialized sensor or band, like what Omron is pursuing on its watch and also additional features for FDA clearance using heart rate might be unlocked.

Face store and finally the Airpower?

Reports have been suggesting that iOS 4.3.1 had what looked like support for third-party Apple Watch faces, Apple’s preview of WatchOS 5 at WWDC didn’t reveal a watch face store. Debuting new watch faces alongside a new Apple Watch would be the better move, and we also hope that it would have a larger screen size, it could also impact how future watch faces are designed.

Apple was supposed to offer faster charging for multiple Apple devices like iPhones, AirPods, and even the Apple Watch. As reported obtained by the Apple the  Apple Watch Series 3 is already AirPower-ready (although AirPower isn’t here yet). 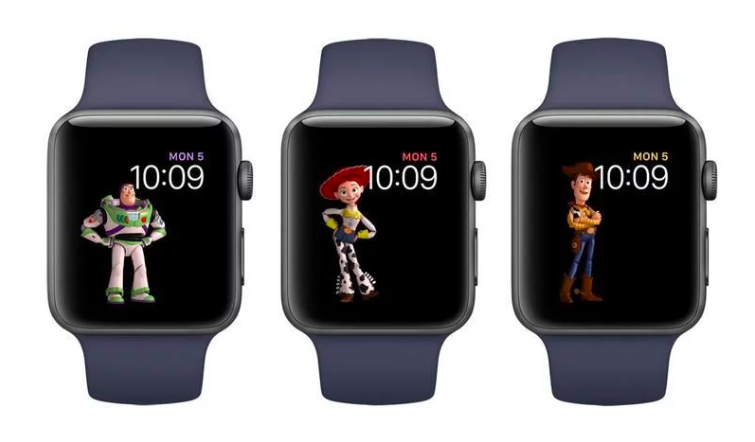