There’s nothing like throwing some hot dogs, burgers, or a couple of steaks on the grill. The sizzle and the smell signal the presence of warm weather.

If you already know how to grill all of that traditional meaty fare, you know the magic of it.

You may even fancy yourself a grill master.

But if you’re open to it, you can infuse that same magic into so many other food items once you know how to grill them.

So as we mentioned, meat is the grilling standby. Bone-in meats will take longer than boneless. Just add some salt and pepper, a marinade or a rub, you’re good to go.

But grilling is a favorable way to cook chicken, seafood, veggies, corn, and fruit – even pizza. Though we don’t recommend the rare fluorescent pink cockatoo. That wouldn’t be right.

Chicken is generally not as easy to grill as beef and pork. But neither is it rocket science.

Chicken just gets dry really quickly if you don’t know hot to grill it. It requires extra moisture, so a marinade, sauce, or even a brine is recommended.

That being said, experts advise you learn how to grill a bone-in barbecued chicken to start. This is actually just grilled chicken with barbecue sauce. Then once you’ve got a grip on that, you can experiment with chicken breasts or even a whole roast chicken.

Ready to throw some shrimp on the barbie?

To be truly ready, it’s crucial that you scrape that grill thoroughly, and then oil it up. This is important because seafood doesn’t have much in the way of fat so it’s more likely to stick to the grate.

Then set the grill to medium to medium-high heat and no higher. This is best for seafood – whether it’s fillets, shrimp kebobs, clams and oysters, even a whole fish.

Though you don’t need to season veggies, corn, and fruit, you certainly can. Just keep in mind that the heat and smoke will bring out their sugars.

Try out bell peppers, mushrooms, zucchini, beefsteak tomato slices and unhusked corn directly on the grill. For potatoes and cherry tomatoes, you’ll want to wrap them in some heavy foil.

Fruits and veggies directly on the grill will cook quickly (2-5 minutes, depending) and are prone to burning so you need to keep an eye on them.

Pizza and other bread

First, oil the grate on the grill and turn it on.

Roll out the dough to about ¼-inch of thickness. If you want a crispier consistency, roll it out thinner.

Drape the dough over the hottest part of the grill and within about a minute, it’ll puff slightly and the bottom will stiffen. Check for grillmarks on the underside and once you see them, turn over the dough and move it away from the heat to the edge of the grill or even off the grill.

Brush the dough with some olive oil, throw on the cheese and any toppings, and then drizzle with a little more oil. Slide it back on the grill.

You’ll only need about a minute before the bottom is slightly charred and the cheese has melted. And then it’s done.

This technique is good for all sorts of bread, including naan and flatbreads.

Once you know how to grill all of these different foods, you’ll be able to enjoy even more time outside on those warm summer nights.

Do you have a grill favorite that’s off the beaten path? We’d love to hear about it. 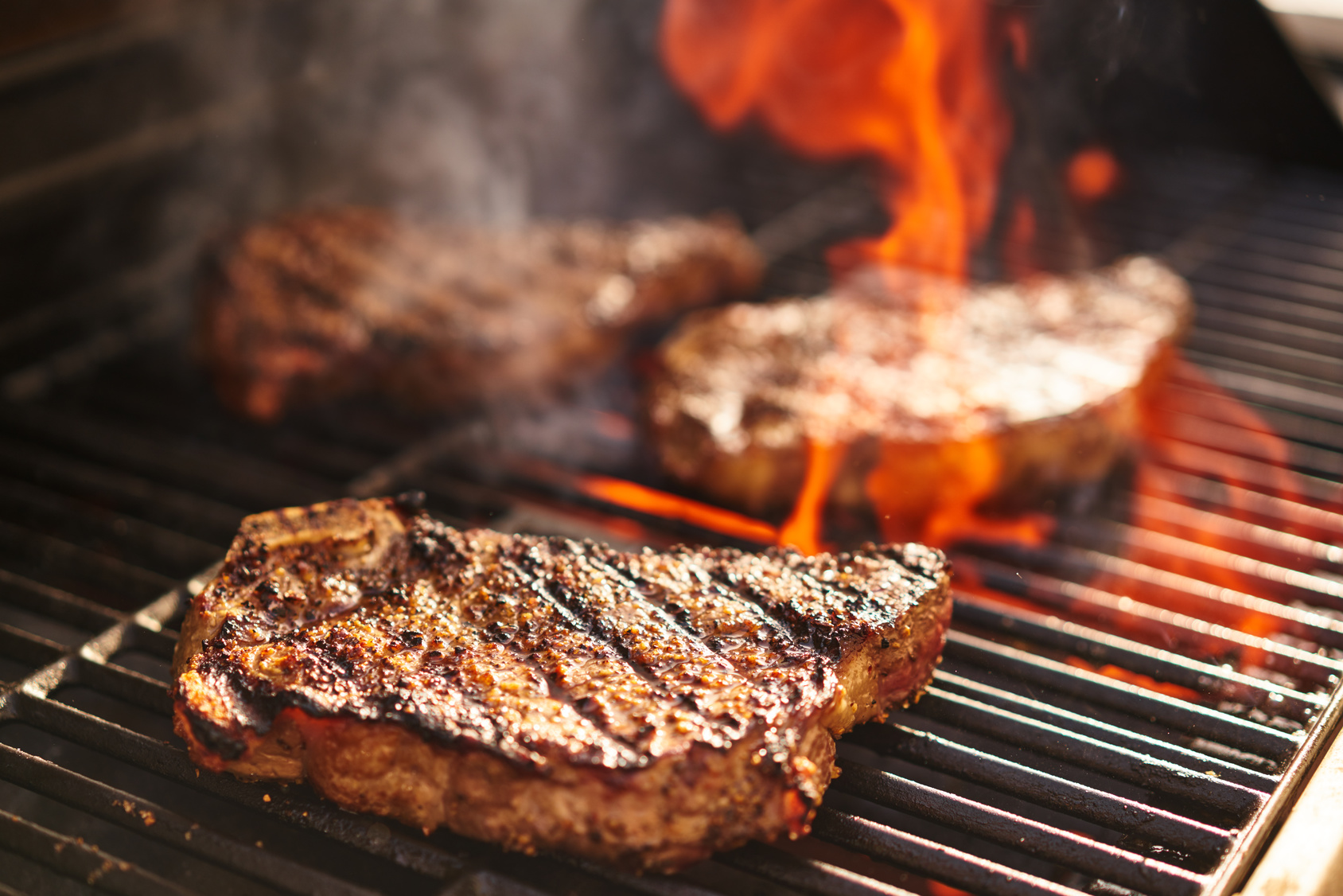