Android 10’s dark mode is a popular feature which fans are waiting for and frankly the feature us quite anticipated nowadays. 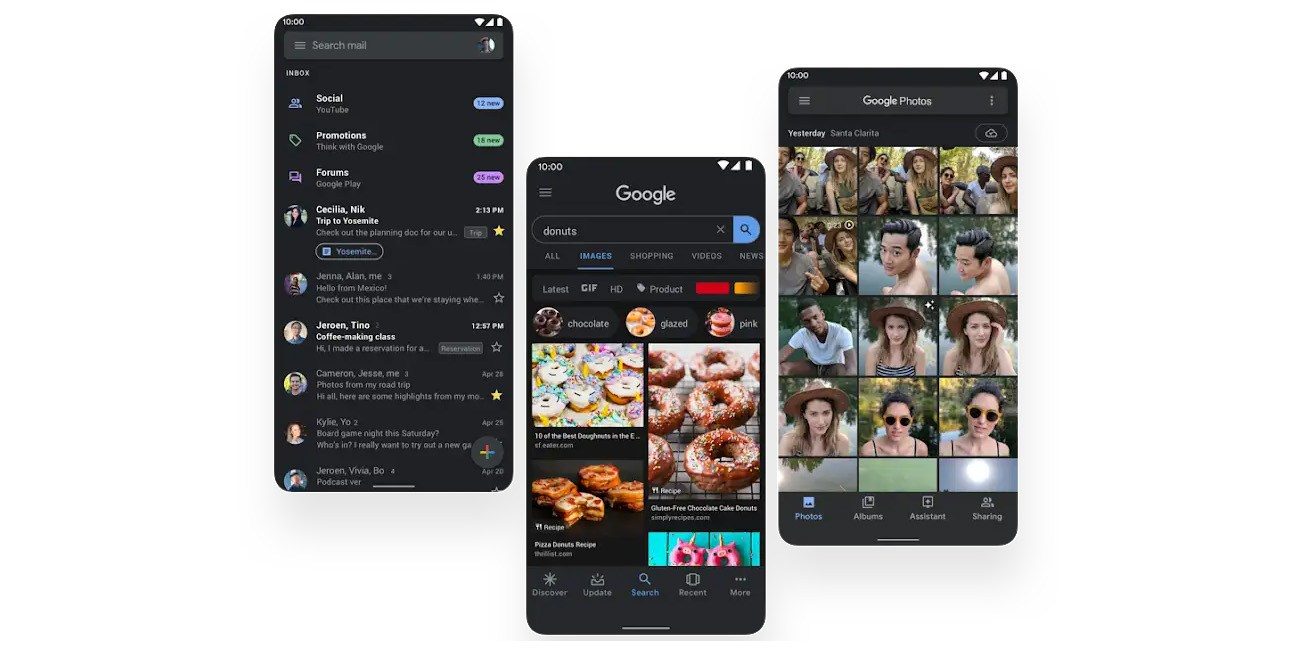 The company is now teasing the dark mode for some of its application at the Android 10 site. The applications included in this are Google Assistant, Google Maps, and the most widely used Gmail app. The above-highlighted image shows how the dark interface will look like for the Gmail, Assistant, and the Maps.

The Android 10 update is about to roll out for all latest smartphone users, and along with that, we can expect this dark mode availability. Some major apps are still missing the feature, but this is likely that Google will adopt this before the launch of this Android 10.

Once a user moves to a dark theme for his google account, then he must be gaining the same update for Maps and Assistant too. This seems to be a paint job for the Google applications, but somewhere it seems to be excellent.

Google is now using a dark grey color instead of a metallic black color, or you can say a faded black instead of complete black.

As of the now these updates of dark mode aren’t available for public users and also no one is sure when Google will change this. We’ll be posting the linked threads as soon as they go live in the news.