The American Automobile giant Ford is investing heavily in Electric vehicles for several years. The incredible work of the company was often unnoticed by most industry experts. But, the company is planning something big, and analysts are mad about it. Ford showcases a new all-electric Mustang fastback vehicle with six-speed manual transmission. 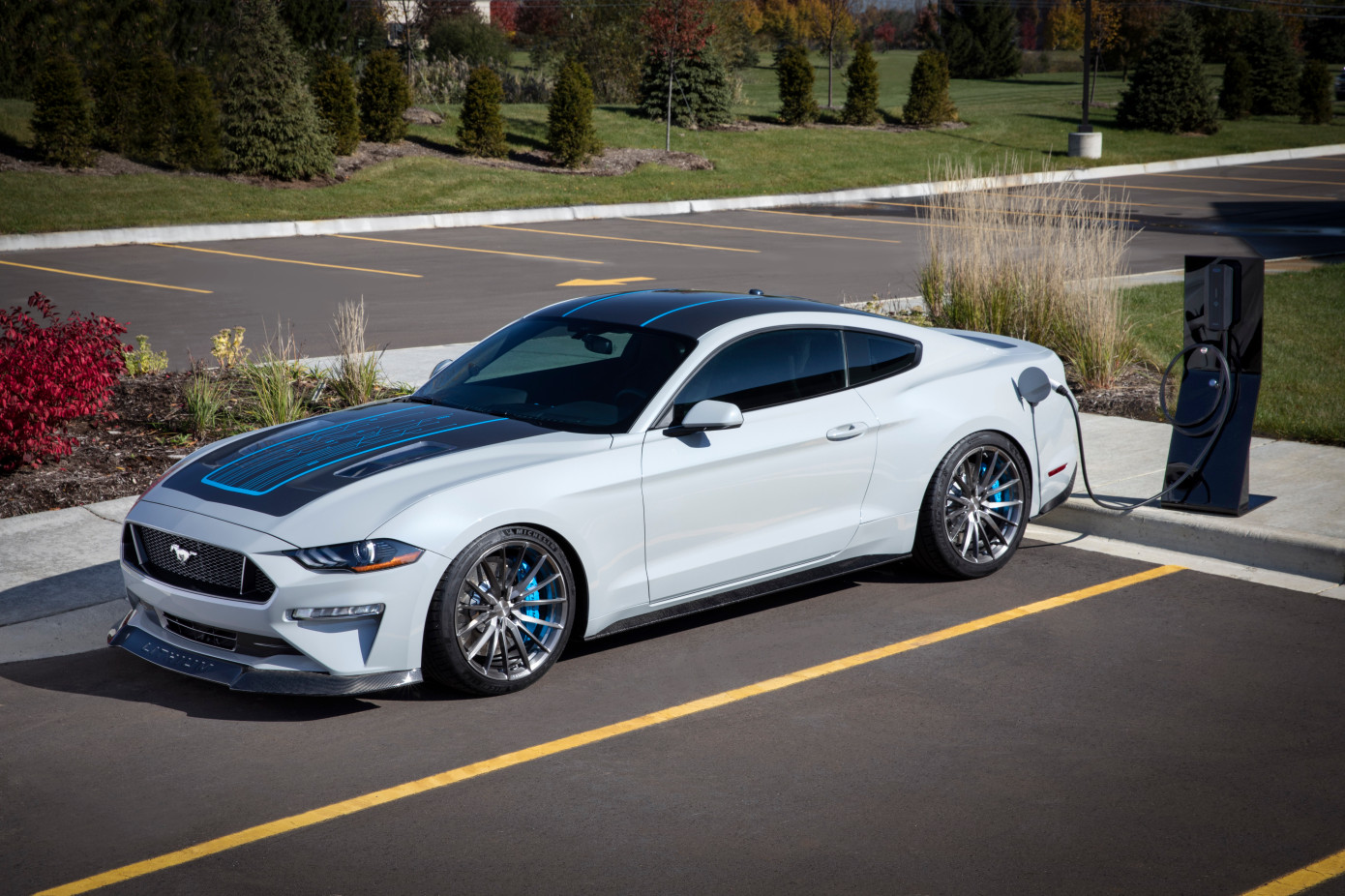 The Details of the Vehicle

In a recent development, Webasto and Ford revealed a high-performance Mustang Lithium electric vehicle at a trade show organized by the Specialty Equipment Market Association. The car is not going to mass production any time soon, the company revealed. The vehicle showed at the trade show in Las Vegas is a one-off vehicle, the firm confirmed. But, the company said the car is not a prototype; it is a finished product. As a result, experts believe that at a certain point in time, the vehicle is coming to the market.

The car has carbon fiber body components and powered by an 800-volt Webasto battery system. The complete package produces 1,000 pound-feet of torque. The company stressed the vehicle’s manual transmission and said it provides a uniqueness to the car. The EV is equipped with single-speed gearboxes.

Most of the electric cars are using 400 volts of system voltage, while the model has a superior 800 volts voltage. The firm claims that the battery can be charged from 5% to 80% in around 22 minutes. The company did not reveal the range of the cell. The vehicle has four types of models, such as Sport, Track, Beast, and Valet. The car is equipped with a 10.4-inch touchscreen display.

Ford has a dream plan for regions like Europe. The company wants to sell at least 1 million electric vehicles by 2022 in the European area only. The company is planning to invest a whopping 11 billion USD in developing 16 all-electric and 40 electrified vehicles by 2022.