Don’t feel bad if you think that all German robotics outfit Festo does is put together amazing robot prototypes that look like jellyfish, kangaroos, and other animals. They do actually make real, practical industrial robots, but it’s hard not to stand in awe of their biomimetic experiments. Festo’s BionicMobileAssistant motile arm and BionicSwift are two such interesting devices.

Festo has already released a robotic flying bird about 10 years ago. After that, they made a robotic bat, but the BionicSwift is much more impressive than both of those. The BionicSwift actually flys by flapping artificially feathered wings.

Festo wrote about the BionicSwift: ‘The individual lamellae [i.e. feathers] are made of an ultralight, flexible but very robust foam and lie on top of each other like shingles. Connected to a carbon quill, they are attached to the actual hand and arm wings as in the natural model.’

The movable artificial feathers make it so the wing works like a real bird’s wing, pushing against the air by forming a scoop on the downstroke while separating on the upstroke to eliminate resistance. All of the robot’s functions are controlled locally, including indoor positioning, so this thing does a good job of getting around on its own in unfamiliar environments. Flocks of BionicSwifts robots can even fly together in close arrangement while avoiding each other using an ultra-wideband setup.

On the other hand, Festo’s BionicMobileAssistant looks like it may be a lot more practical. BionicMobileAssistant is a robotic arm that comes out of a spherically wheeled base, so the bottom is driven by three ‘omniwheels,’ which let it move with ease in just bout any direction while minimizing its overall size.

The hand is composed of a contemporary robotic gripper mechanism, that has all kinds of state of the art features and technology backed in. The most useful part about this robotic hand is its intelligence regarding what it is holding. A regular old pincer might be a better ‘hand’ than one that tries to look like a hand. As long as it can pick up and drop things, the simpler the better. 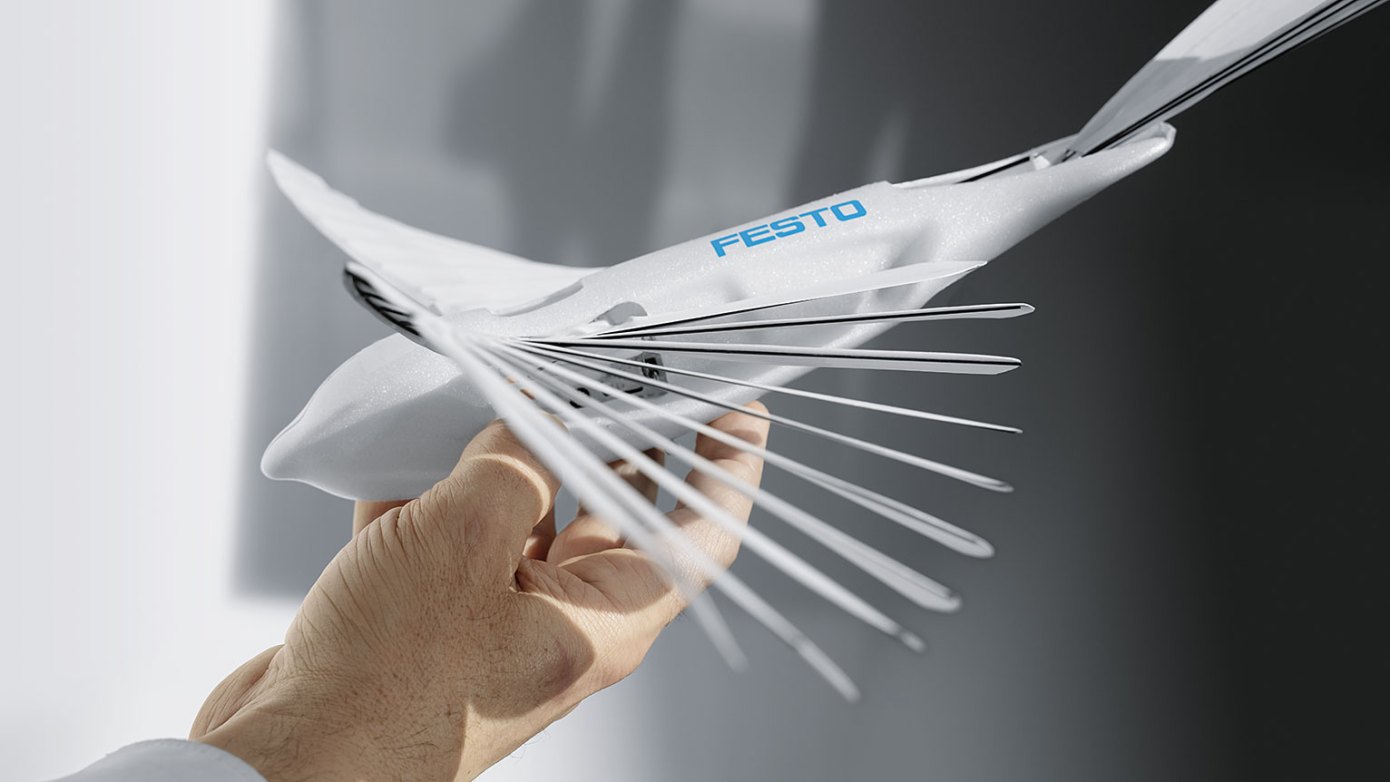