The wait is over because next year the upbringing is of all new Chevrolet Blazer that was unveiled at an event in Atlanta on Thursday.

Since 2005 the Chevrolet parent company of General Motors hasn’t made a Blazer. But the world has gone mad for SUVs, so an automaker like GM needs to offer one of every imaginable size. This new Blazer is designed to be a little bigger and roomier than the compact Chevrolet Equinox but smaller than the big Traverse crossover SUV with its three rows of seats. 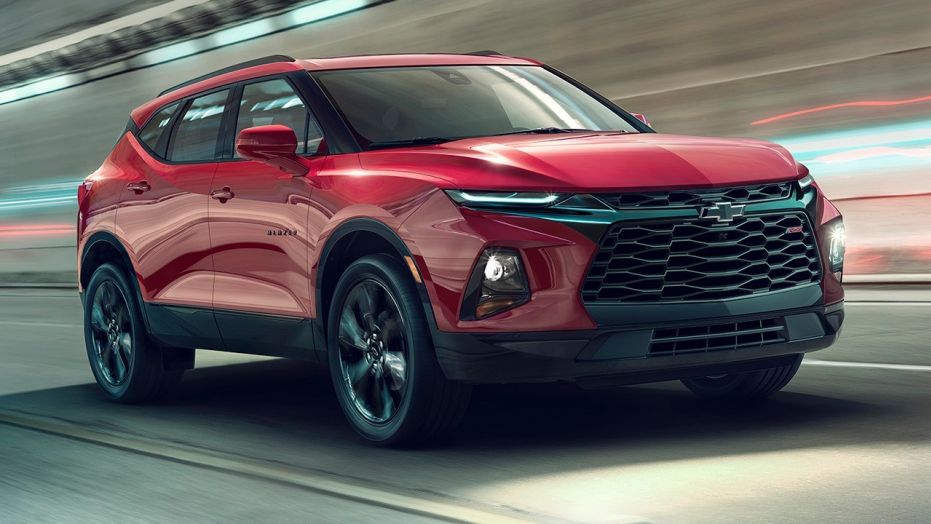 It’s not just about size, though, said Michael Simcoe, GM’s global head of design. The new Blazer also has a sportier character than Chevrolet’s other SUVs. The Chevrolet designer team didn’t try to make it look like the old Blazers, he said, but they did want it to reflect their youthful appeal.

Rumours of a new Blazer being in the works have been confirmed with the debut of the 2019 Chevy Blazer today in Atlanta. However, unlike the old body-on-frame Blazer that last graced Chevrolet showrooms during the 2005 model year, the new model is built on a unibody structure shared with the GMC Acadia.

News of the unibody will likely disappoint some fans of the previous Blazer models, but the migration to the more compliant foundation from a full frame is hardly new among SUVs. The Ford Explorer and Nissan Pathfinder have previously made the switch.

A high beltline and more considerable rear haunches add some sporty appeal to the new Blazer.

Instead of offering rugged off-road capabilities like the Jeep Wrangler, the new Blazer will instead cater to customers looking for a stylish and versatile five-passenger crossover SUV, which slots between the relatively bland-looking Equinox and three-row Traverse in the Chevrolet lineup. To make more of a visual statement, Blazer designers looked to the Camaro for a little inspiration giving the SUV a wide stance, tall hood, prominent grille and skinny headlights up front. A high beltline runs along the sides that lead back to the muscular rear haunches.

For base-level Blazers, 18-inch wheels will be standard with 20-inches available. The sporty RS and range-topping Premier will ride on 20-inch wheels or optional 21-inches. Sleeker and meaner looks on the RS come courtesy of blacked-out exterior accents, while the Premier wears a tasteful amount of chrome for a more premium appearance.

Engines are either a 2.5-liter four-cylinder with 193 horsepower and 188 lb-ft of torque or a 3.6-liter V6 with 305 hp and 269 lb-ft of torque, with only nine-speed automatic transmission available.

Base Blazers start with 18-inch wheels, with the RS and Premier trims getting 20-inch wheels with the option to upgrade to 21-inches. The RS is the one with the blackened accents on the exterior, as well as red touches inside, and the Premier gets chrome trim and dual-tone seating.

RS and Premier models will get a rear-view mirror camera and automatic cruise control with more safety features to be announced later, and it will go on sale early next year.

I think it looks pretty good. It seems better as a Camaro-inspired crossover than the new Camaro does as just a Camaro. There’s no arguing that the Blazer is undoubtedly a standout in Chevy’s lineup. Chevy says each trim will have a distinct appearance with different grilles. The Blazer RS will have blacked-out trim, while the top-grade Premier model will feature chrome brightwork. The entire front fascia, from the wide grille to the thin headlights, looks like it comes straight off the Camaro. The HID headlights are accented with LED running lights.

The profile features sharp cuts on the doors and the ever-so-popular floating roofline. The standard model comes with 18-inch wheels, though 21-inch wheels are available on both the RS and Premier trims. The rear looks less Camaro and more Traverse, though far sharper than Chevy’s most considerable crossover. Like the driving lights, the taillights are LED.