Google has held the first gear to release a public beta of Android Q that owes the users to control their mobile privacy in more significant way. To this announcement and implementation, subsequently, Apple invited an eye to its iOS 13 operating system that will add a basket of changes into the iPhone. 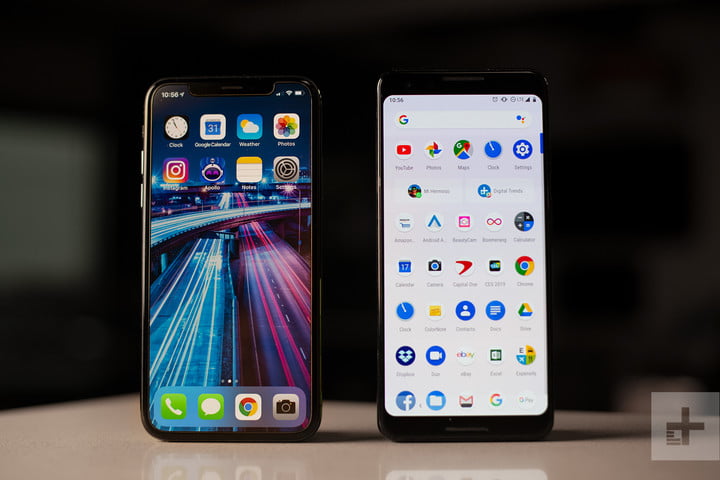 Both the leading technology experts, Google and Apple have rose to the power because of individual lovers. Some people actually live in the Apple iPhone zone and some use Android to live their life. It can be counted back for ten years that the two tech giants have announced unparallel updates to their mobile operating systems. You can rely on voice assistants and smart devices. You can just take the powerful camera tools, messaging applications and updated map services which make both the systems powerful and attainable. This time, in iOS 13, you will get to watch the new Siri voice, dark mode and camera tools in a different way. Mac Pro will make its debut at $5,999. iPad will get its own operating system of Apple.

To drop to one place, it is better to start from the Voice assistant. Apple was the first company to insert this kind of feature into a phone. It was the first out of the voice assistant that Siri took its birth in 2011. You may have an iOS or MacOS or watchOS, Siri is widely available to all of the shortcuts. It can set your personalized tasks and make sure that they remind you of each and every podcast. Until 2016, Google was silent enough to take the first step. But then in 2016, Google came up with its own voice assistant. The competition between the two did not create any insecurity for Google as it made a larger leap against Siri. Pixel Phones are accredited with the Google Assistant. Not in the phones, the assistant was installed in the Google Home Mini and Google Home Max for $49 and $299 respectively. For cars, you can have Assistant Driving Mode. With the Google I/O developer conference, the company showed off a range of Google Assistant personalization features.

The tug of war so continues that both the companies are out breaking in several significant features. Now with Apple Arcade, you will be able to play on iPhone, iPad, Mac and Apple TV. On the contrary, there stands Stadia service. You can play anywhere using Chrome browser. It has its own controller and can work with third-party controllers. But, in real sense, Arcade has been very supportive if you are a casual gamer. If you want to create a connection with the iOS for Memoji, then Apple is the right option. And with Android, you have the Google Duo, Google Voice, Hangouts and many more.

Apple and Google have been the pioneers in technology advancement. You can explore anything and everything using both of them. You can have an android and iOS at the same time. If you want to take over the features of any of them, either of them will fit your pocket.