Apple Airpods is one of the greatest devices which has the capability to connect with a device using Bluetooth and give users a great time with the songs. The Apple Airpods was launched in the month of December in 2016 when Apple launched its new iPhone named iPhone 7 along with the Apple watch series 2. These were available online from the mid of December only in 2016 whereas now, as 2 years have been passed it is the time to launch the new Airpods, therefore, Apple has officially said that in next 2 months the new pair of Airpods 2 will be launched in the market. 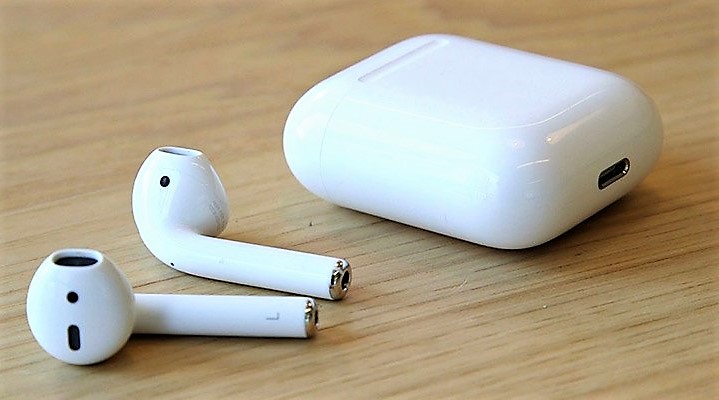 As it is the new updated version of Apple Airpods, therefore, it is bit obvious that it will have some major updates which will be usefull to users. Some of them are already listed in the official report that the new Airpods 2 will include biometric sensors which help the user to use the Airpods also like a fitness tracker as well, with this it also allows the buds to have dual functions. Not only this it also shares good features as well such as it also helps to measure stroke volume which is helped to calculate the user’s cardiac output.

For the more information, you should read the health specs which the Apple Watch 4 gives to the user, there you will find the same which Apple Airpods 2 will be giving to its user. These are the basic health feature which every gadget should hold. The first Airpods which was launched 2 years before were great but the updated version of it, Airpods 2 have a good technology of waterproof buds as well as Apple has upgraded it for the noise-cancelling capabilities and the most important fact which Apple has improved is the Siri communication for its Airpods 2.

The health features will be awesome in the new Airpods and will increase the worth of it. The interesting thing is that if you will look for the size of Airpods 2, they are so small that health features could not be enabled in it. Apple has added a small accelerometer which will further help the user or the person who had connected its device, with the body movement, as same as it is there in the Apple Watch. Also, one more important news which Apple gave that is the new Apple Airpods 2 have tiny batteries inside the buds which also help to monitor the optical heart rate. This is the most interesting thing which will surely make the new Apple Airpods 2 unique.

This is the most amazing gadget which will be having great results and along with this, it will also be loved by the people as well. As it shares some of the important features such as measuring the health rate, and the major important thing is that it can be connected with another device as well. Therefore now you just have to wait for the one more impressive gadget in your store which could be best in itself.