The McMath–Pierce Solar Telescope is a 1.6 m f/54 reflecting solar telescope at Kitt Peak National Observatory in Arizona, USA. The building was designed by Myron Goldsmith and built in 1962. It is the largest telescope of its kind in the world and is named for astronomers Robert McMath and Keith Pierce…

The telescope contains a heliostat at the top of its main tower which focuses the sun’s light down a long shaft. The distinctive diagonal shaft continues underground, where the telescope’s primary mirror is located. The theoretical resolution of this main telescope 0.07 arcsec, although this is never reached because atmospheric distortions degrade the image quality severely. The image scale is 2.50 arcsec/mm at the image plane.

The Kitt Peak National Observatory (KPNO) is a United States astronomical observatory site located on 2,096 m (6,880 ft) Kitt Peak of the Quinlan Mountains in the Arizona-Sonoran Desert on the Tohono O’odham Nation, 88 kilometers (55 mi) southwest of Tucson. With 24 optical and two radio telescopes, it is the largest, most diverse gathering of astronomical instruments in the world. The observatory is administered by the National Optical Astronomy Observatory (NOAO)…

Kitt Peak was selected by its first director, Aden B. Meinel, in 1958 as the site for a national observatory under contract with the National Science Foundation (NSF) and was administered by the Association of Universities for Research in Astronomy. The land was leased from the Tohono O’odham under a perpetual agreement. The second director (1960 to 1971) was Nicholas U. Mayall. In 1982 NOAO was formed to consolidate the management of three optical observatories — Kitt Peak; the National Solar Observatory facilities at Kitt Peak and Sacramento Peak, New Mexico; and the Cerro Tololo Inter-American Observatory in Chile. The observatory sites are under lease from the Tohono O’odham Nation at the amount of a quarter dollar per acre yearly, which was overwhelmingly approved by the Council in the 1950s. In 2005, the Tohono O’odham Nation brought suit against the National Science Foundation to stop further construction of gamma ray detectors in the Gardens of the Sacred Tohono O’odham Spirit I’itoi, which are just below the summit.

The principal instruments at KPNO are the Mayall 4 metre telescope; the WIYN 3.5 metre telescope; and further 2.1 m, 1.3 m, 0.9 m, and 0.4 m reflecting telescopes. The McMath-Pierce Solar Telescope on the facilities is the largest solar telescope in the world and the largest unobstructed reflector (it doesn’t have a secondary mirror in the path of incoming light). The ARO 12m Radio Telescope is also in the location.

Kitt Peak is famous for hosting the first telescope (an old 91 cm reflector) used to search for near-Earth asteroids, and calculating the probability of an impact with planet Earth.

Kitt Peak hosts an array of programs for the public to take part in:

Daily, there are three tours that are guided by staff, speaking about the history of the observatory as well as touring a major research telescope.
Each night, Kitt Peak Visitor’s Center hosts the Nightly Observing Program, which allows visitors to arrive in the late afternoon, watch the sunset, and use binoculars and telescopes to view the cosmos.
Additionally, there is the Advanced Observing Program (AOP) for advanced amateur astronomers. This program allows for a one-on-one, full-night tour using any of the visitor’s center’s telescopes. Guests may choose to do DSLR imaging, CCD imaging, or simply take in the sights with their eye to the telescope.

Kitt Peak’s Southeastern Association for Research and Astronomy (SARA) Telescope was recently featured in the WIPB-PBS documentary, “Seeing Stars in Indiana”. The project followed SARA astronomers from Ball State University to the observatory and featured time-lapse images from various points around Kitt Peak… 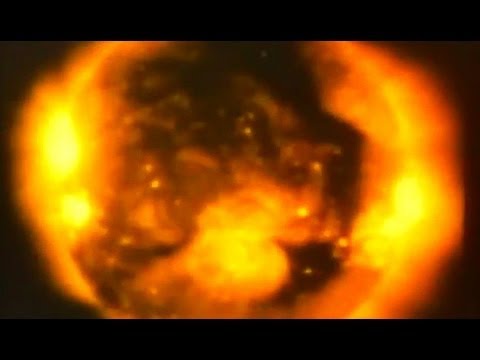