“Family discusses how the study of science can help son and daughter make intelligent decisions on problems they will confront in the world.’

Science (from Latin scientia, meaning “knowledge”) is a systematic enterprise that builds and organizes knowledge in the form of testable explanations and predictions about the universe. In an older and closely related meaning (found, for example, in Aristotle), “science” refers to the body of reliable knowledge itself, of the type that can be logically and rationally explained (see History and philosophy below). Since classical antiquity science as a type of knowledge was closely linked to philosophy. In the early modern era the words “science” and “philosophy” were sometimes used interchangeably in the English language. By the 17th century, natural philosophy (which is today called “natural science”) was considered a separate branch of philosophy. However, “science” continued to be used in a broad sense denoting reliable knowledge about a topic, in the same way it is still used in modern terms such as library science or political science.

In modern use, “science” more often refers to a way of pursuing knowledge, not only the knowledge itself. It is “often treated as synonymous with ‘natural and physical science’, and thus restricted to those branches of study that relate to the phenomena of the material universe and their laws, sometimes with implied exclusion of pure mathematics. This is now the dominant sense in ordinary use.” This narrower sense of “science” developed as scientists such as Johannes Kepler, Galileo Galilei and Isaac Newton began formulating laws of nature such as Newton’s laws of motion. In this period it became more common to refer to natural philosophy as “natural science”. Over the course of the 19th century, the word “science” became increasingly associated with the scientific method, a disciplined way to study the natural world, including physics, chemistry, geology and biology. It is in the 19th century also that the term scientist was created by the naturalist-theologian William Whewell to distinguish those who sought knowledge on nature from those who sought knowledge on other disciplines. The Oxford English Dictionary dates the origin of the word “scientist” to 1834. This sometimes left the study of human thought and society in a linguistic limbo, which was resolved by classifying these areas of academic study as social science. Similarly, several other major areas of disciplined study and knowledge exist today under the general rubric of “science”, such as formal science and applied science…

…The first person credited with being employed as a Science teacher in a British public school was William Sharp who left the job at Rugby School in 1850 after establishing Science to the curriculum. Sharp is said to have established a model for Science to be taught throughout the British Public Schools.

The next step came when the British Academy for the Advancement of Science (BAAS) published a report in 1867. BAAS promoted teaching of “pure science” and training of the “scientific habit of mind.” The progressive education movement of the time supported the ideology of mental training through the sciences. BAAS emphasized separately pre-professional training in secondary science education. In this way, future BAAS members could be prepared.

The initial development of science teaching was slowed by the lack of qualified teachers. One key development was the founding of the first London School Board in 1870, which discussed the school curriculum; another was the initiation of courses to supply the country with trained science teachers. In both cases the influence of Thomas Henry Huxley was critical (see especially Thomas Henry Huxley educational influence). John Tyndall was also influential in the teaching of physical science.

In the US, science education was a scatter of subjects prior to its standardization in the 1890s… 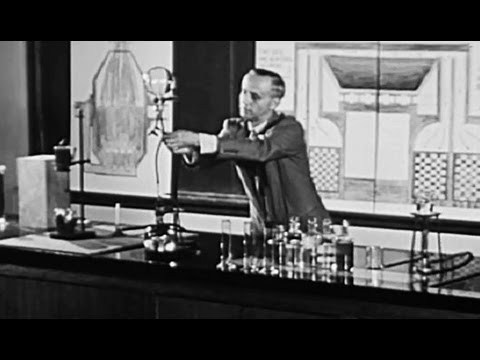