This video was taken by the crew of Expedition 30 on board the International Space Station. The sequence of shots was taken January 29, 2012 from 05:33:11 to 05:48:10 GMT, on a pass from just southwest of Mexico to the North Atlantic Ocean, northeast of Newfoundland. This pass begins looking over Central America towards the Gulf of Mexico and the southeastern United States. As the ISS travels northeast over the gulf, some southeastern United States cities can be distinguished, like New Orleans, Mobile, Jacksonville, and Atlanta. Continuing up the east coast, some northeastern states, like Washington, D.C., Baltimore, Philadelphia, and New York City stand out brightly along the coastline. The city labeled as Ottawa is Montreal. NASA regrets the labeling error. The Aurora Borealis shines in the background as the pass finishes near Newfoundland. 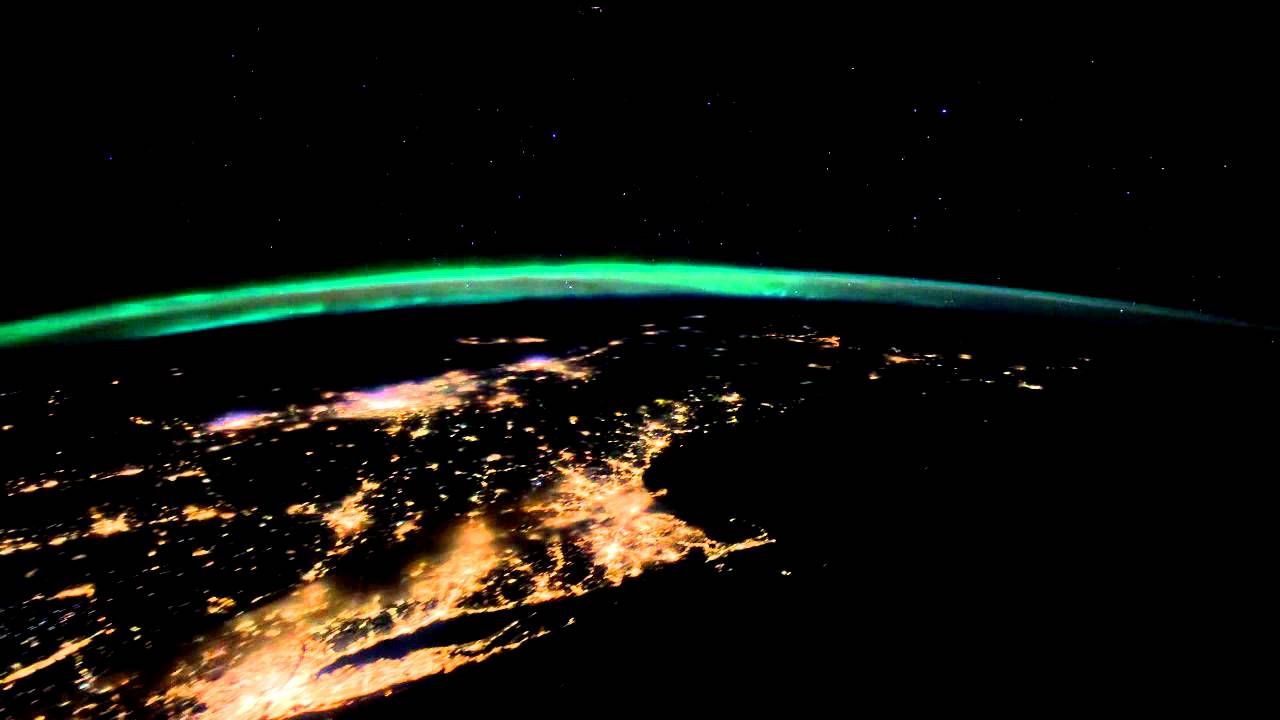