Dash cam footage captured a truck driving into what appears to be a sandstorm, but was actually a massive swarm of millions of locusts.

The footage comes from the south Russian region of Dagestan, where locusts swarms have infected 266,874 acres of land, according to the regional Ministry of Agriculture.

The problem isn’t only in Dagestan. Every year, locust swarms from North Africa or Asia appear in the south feeding on crops, with swarms containing up to 200 million of the insect.

Not long after this video was record, officials in Dagestan declared a state of emergency and launched air and land based chemicals on the pesky locusts.

Vocativ explores the nexus of media and technology, where science meets storytelling. We use proprietary technology to examine the uncharted space of the Deep Web, covering topics that are vital to our changing world. us for more! 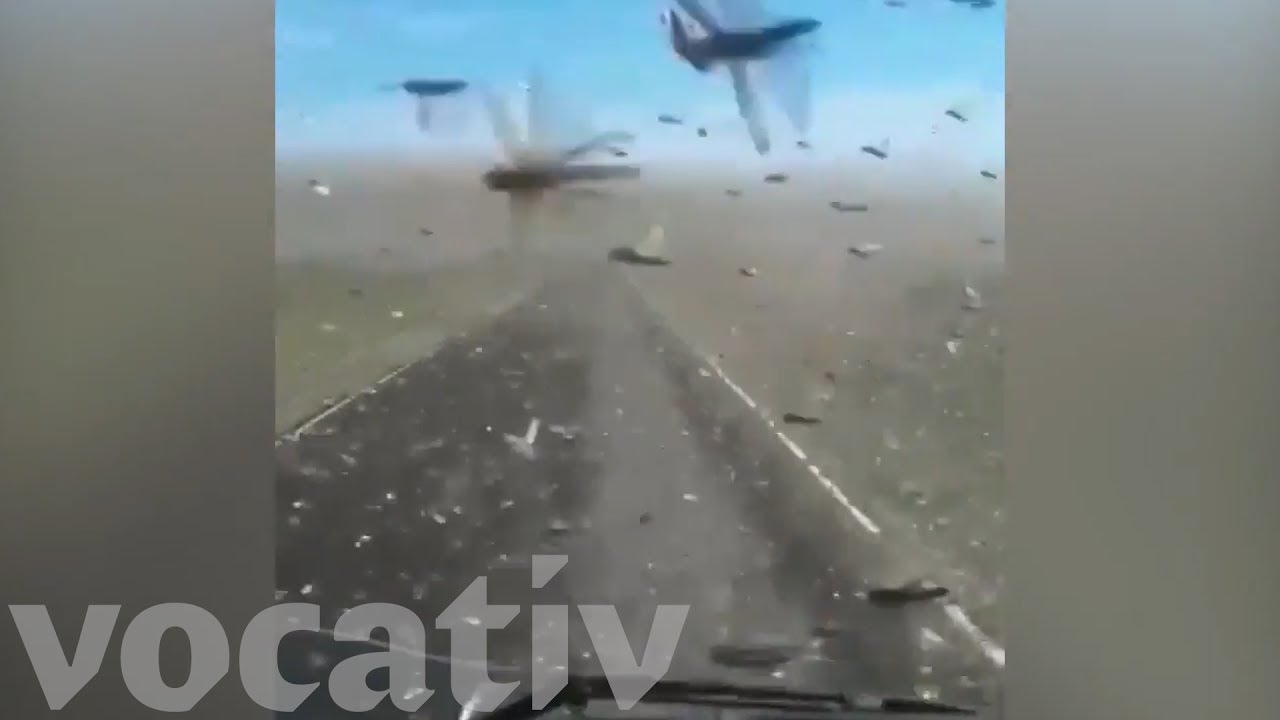