The next generation of tablet technology has finally been unveiled, in case you didn’t hear, in what is shaping up to be huge shift in the smartphone and tablet industry. We are more excited than we’ve ever been about what’s to come, and it’s closer than you think.
While much attention will be focused on Asus’s newly announced Transformer Prime, the tablet relies heavily on Nvidia’s new quad-core (plus a fifth companion core) Tegra 3 processor. Information about the processor commonly referred to as Kal-El has been floating around the web for a while, but now we have all of the juicy details.
The Tegra 3 will get “an industry-leading 12 hours of battery for HD video playback,” according to company PR, including, “up to 61 percent lower power consumption.”
According to Nvidia:
Tegra 3′s new 12-core GeForce GPU delivers more realism with dynamic lighting, physical effects and high resolution environments, plus support for 3D stereo
Tegra 3 provides the “fastest web experience … applications … multitasking … [and] fastest, highest-quality gaming”
The theoretical performance of the Transformer Prime is incredibly exciting for the industry, and if Asus’s claims pan out, this will be a killer experience. Just look what it is capable of on the gaming front — and you can use a PS3 or XBOX 360 controller!
Check out the video for our full thoughts, and stay tuned for more Tegra 3 and Transformer Prime coverage.

For more tech goodness, check us out at:

Check Us Out on Google + 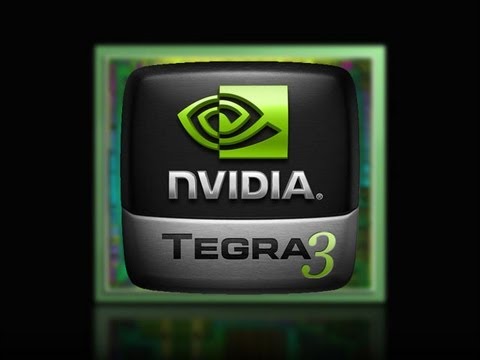