“About stepping up wartime steel production. Locations of mills across the country are pictured.

Production of steel, armor plate, tank armor, shell casings, bomb casings, naval vessels photographed in the plants of US Steel subsidiaries;.
Older man tearfully reads a letter from his son who is at work. He has taken his old job at the steel mill again. He talks at enormous length about U.S. Steel breaking production records.

Public domain film from the Library of Congress Prelinger Archive, slightly cropped to remove uneven edges, with the aspect ratio corrected, and mild video noise reduction applied.
The soundtrack was also processed with volume normalization, noise reduction, clipping reduction, and/or equalization (the resulting sound, though not perfect, is far less noisy than the original).

Walter Brennan (July 25, 1894 — September 21, 1974) was an American actor. Brennan won the Academy Award for Best Supporting Actor on three separate occasions, which is currently the record for most Oscar wins by a male actor, tied with Jack Nicholson.

Walter Andrew Brennan was born in Lynn, Massachusetts, less than two miles from his family’s home in Swampscott, the second of three children born to Irish immigrants William John Brennan and Margaret Elizabeth Flanagan. The elder Brennan was an engineer and inventor, and young Walter studied engineering at Rindge Technical High School in Cambridge, Massachusetts.

While in school, Brennan became interested in acting, and began to perform in vaudeville at the age of fifteen. While working as a bank clerk, he enlisted in the U.S. Army and served as a private with the 101st Field Artillery Regiment in France during World War I. Following the war, he moved to Guatemala and raised pineapples, before settling in Los Angeles. During the 1920s, he became involved in the real estate market, where he made a fortune. Unfortunately, he lost most of his money when the market took a sudden downturn due to the Great Depression.

Finding himself broke, he began taking extra parts in 1929 and then bit parts in as many films as he could, including The Invisible Man (1933), the Three Stooges short Woman Haters (1934), and Bride of Frankenstein (1935), and also worked as a stunt man. In the 1930s, he began appearing in higher-quality films and received more substantial roles as his talent was recognized. This culminated with his receiving the very first Academy Award for Best Supporting Actor for his role as Swan Bostrom in the period film Come and Get It (1936)…

In the 1941 Sergeant York, he played a sympathetic preacher and dry goods store owner who advised the title character played by Gary Cooper. He was particularly skilled in playing the hero’s sidekick or as the “grumpy old man” as in To Have or Have Not, mostly a Humphrey Bogart-Lauren Bacall performance, but with several scenes with Brennan. Though he was hardly ever cast as the villain, notable exceptions were his roles as ‘Old Man Clanton’ in the 1946 film My Darling Clementine opposite Henry Fonda, the 1962 Cinerama production How the West Was Won as the murderous Colonel Jeb Hawkins, and as Judge Roy Bean in The Westerner, for which he won his third best supporting actor Academy Award, in 1940.

Brennan starred as wealthy executive Walter Andrews in the short-lived 1964-1965 series The Tycoon, with Van Williams. In 1967, he starred in another series, The Guns of Will Sonnett, in which he played a man in search of his gunfighter son, James, with his grandson, Jeff, played by Dack Rambo. After the series went off the air in 1969, Brennan continued working in both television and feature films. He received top billing over Pat O’Brien in the TV-movie The Over-the-Hill Gang in 1969 and Fred Astaire in The Over-the-Hill Gang Rides Again the following year. From 1970 to 1971, he was a regular on the show To Rome With Love, which was his last TV show as a member of the permanent cast… 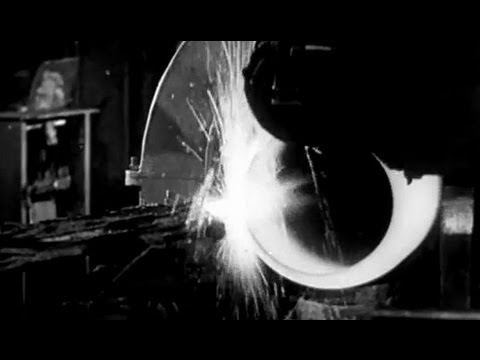