NASA Public Affairs Officer Dan Huot talks with Professor Deborah M. Gordon of Stanford University, who is the principal investigator for the Ants in Space experiment aboard the International Space Station. This experiment arrived at the space station Sunday aboard Orbital Sciences’ Cygnus cargo spacecraft.

The Ants in Space study examines the behavior of ants by comparing groups living on Earth to those in space. The idea is that ant interactions are dependent upon the number of ants in an area. Measuring these interactions may be important in determining behavior of ants in groups. This insight may add to existing knowledge of swarm intelligence, or how the complex behavior of a group is influenced by the actions of individuals. Developing a better understanding of swarm intelligence may lead to more refined mathematical procedures for solving complex problems, like routing trucks, scheduling airlines or telecommunications efficiency. 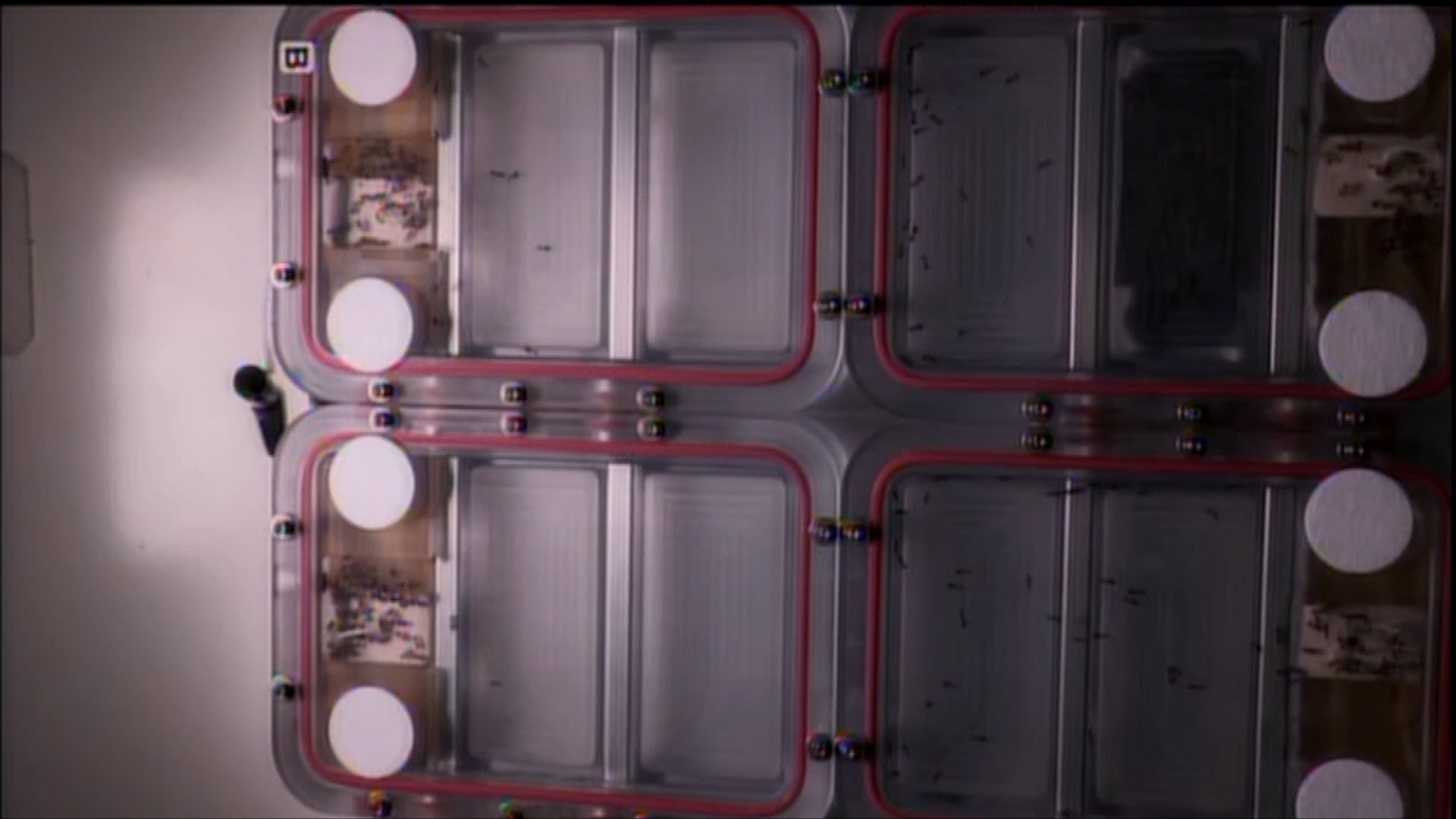