Lifestyle changes could potentially prevent hundreds of thousands of cases of Alzheimer’s disease every year in the United States.

Subscribe to Dr. Greger’s free nutrition newsletter at and get a free excerpt from his latest NYT Bestseller HOW NOT TO DIE. (All proceeds Dr. Greger receives from the sales of his books, DVDs, and speaking engagements go to support the 501c3 nonprofit that runs NutritionFacts.org.)

My mom’s mom died of Alzheimer’s. It is worth preventing at all costs.

Up to half of Alzheimer’s cases may be attributable to just those 7 risk factors, and that’s not even including diet, because there were so many dietary factors that they couldn’t fit them into their model. What role does diet play? That’s the subject of my next video, Preventing Alzheimer’s Disease with Diet (

Have a question for Dr. Greger about this video? Leave it in the comment section at and he’ll try to answer it! 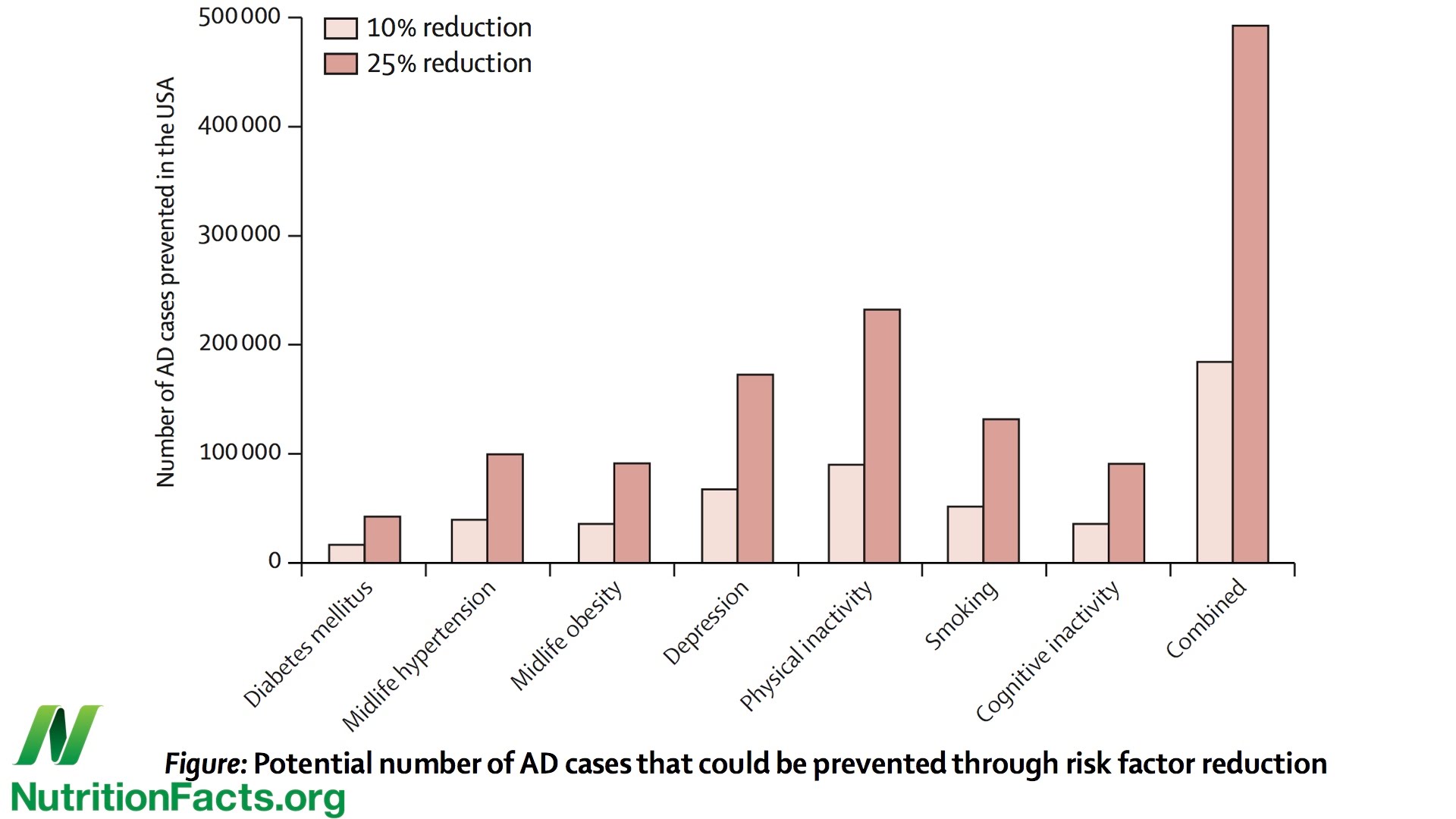