Explains the need for imports from foreign countries.

“Presented by the Committee on International Economic Policy, in cooperation with the Carnegie Endowment for International Peace, directed by Frank Donovan, shot by Don Malkames, edited by James Pozzi. Produced by Sound Masters, Inc.”

Originally a public domain film from the Prelinger Archive, slightly cropped to remove uneven edges, with the aspect ratio corrected, and mild video noise reduction applied.
The soundtrack was also processed with volume normalization, noise reduction, clipping reduction, and/or equalization (the resulting sound, though not perfect, is far less noisy than the original).

Import is derived from the conceptual meaning as the goods and services into the port of a country. The buyer of such goods and services is referred to an “importer” who is based in the country of import where the overseas based seller is referred to as an “exporter”. Thus an import is any good (e.g. a commodity) or service brought in from one country to another country in a legitimate fashion, typically for use in trade. It is a good that is brought in from another country for sale…

Imports, along with exports, form the basics of international trade. Import of goods normally requires involvement of the customs authorities in both the country of import and the country of export and are often subject to import quotas, tariffs and trade agreements. When the “imports” are the set of goods and services imported, “Imports” also means the economic value of all goods and services that are imported. The macroeconomic variable I usually stands for the value of these imports over a given period of time, usually one year…

The commercial balance or net exports (sometimes symbolized as NX), is the difference between the monetary value of exports and imports of output in an economy over a certain period. It is the relationship between a nation’s imports and exports. A positive balance is known as a trade surplus if it consists of exporting more than is imported; a negative balance is referred to as a trade deficit or, informally, a trade gap. The balance of trade is sometimes divided into a goods and a services balance.

Policies of early modern Europe are grouped under the heading mercantilism. Early understanding of the imbalances of trade emerged from the practices and abuses of merchantilism in which colonial America’s natural resources and cash crops were exported in exchange for finished goods from England, a factor leading to the American Revolution. An early statement appeared in Discourse of the Common Wealth of this Realm of England, 1549: “We must always take heed that we buy no more from strangers than we sell them, for so should we impoverish ourselves and enrich them.” Similarly a systematic and coherent explanation of balance of trade was made public through Thomas Mun’s c1630 “England’s treasure by foreign trade, or, The balance of our foreign trade is the rule of our treasure..”

Globalization (or globalisation—see spelling differences) is the process of international integration arising from the interchange of world views, products, ideas, and other aspects of culture. Put in simple terms, globalization refers to processes that increase world-wide exchanges of national and cultural resources. Advances in transportation and telecommunications infrastructure, including the rise of the telegraph and its posterity the Internet, are major factors in globalization, generating further interdependence of economic and cultural activities.

Though several scholars place the origins of globalization in modern times, others trace its history long before the European age of discovery and voyages to the New World. Some even trace the origins to the third millennium BCE. In the late 19th century and early 20th century the connectedness of the world’s economies and cultures grew very quickly. This slowed down from the 1910s onward due to the World Wars and the Cold War [6] but has picked up again since neoliberal policies began in the 1980s and especially since the Post Cold War era started in the early 1990s.

The term globalization has been in increasing use since the mid-1980s and especially since the mid-1990s. In 2000, the International Monetary Fund (IMF) identified four basic aspects of globalization: trade and transactions, capital and investment movements, migration and movement of people and the dissemination of knowledge. Further, environmental challenges such as climate change, cross-boundary water and air pollution, and over-fishing of the ocean are linked with globalization… 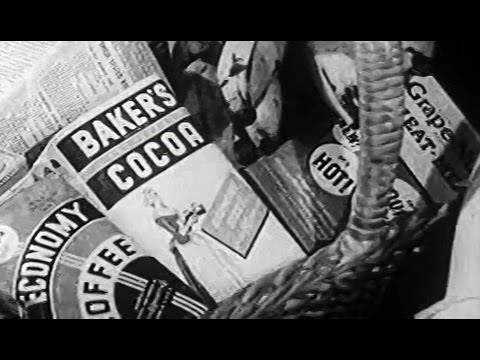