This video was made in Shanghai on Moganshan lu. In between metro Changshou lu and Shanghai Railway. A beautiful place for sight seeing. You can see Graffiti of Minions, and all sorts of other characters and art. Just bring your spray cans and paint!

Here is a great article about graffiti in Shanghai with more photos:

The BMC crew’s studio is hidden in a small building between Shaanxi bei lu and Aomen lu. Between computers and canvas’ innumerable paint sprays are hidden, telling the secret of their artistic passion.
Mels, an American who came to Shanghai to study two and a half years ago, used to practice graffiti as a hobby back in the United States. “It became more concrete in China” he says.

In 2010 Mels met Read, a Shanghainese writer, who, at the time, was running another studio. The two joined forces and moved to their studio near Moganshan lu last February. Together with 3 other people, they constitute BMC, the most active graffiti crew in Shanghai. BMC have continued to develop their art form, while many other graffiti artists stopped several years ago.

Mostly, the BMC crew does murals and installations, whether it is in public or private. Earlier this year they painted the soccer stadium, as well as Shanghai studio, and they paint weekly on Moganshan lu, Shanghai’s graffiti hub.

Although Mels did not initially plan to develop graffiti to such a degree, he kept on doing it randomly, as it is much easier to do in China. In fact, technically there is no law in China about graffiti. This grey legal zone allows graffiti artists to paint without the fear of being sanctioned. There is no real graffiti culture here which has ensured legal passivity. Being a graffiti artist in the US is much harder, as it is forbidden by law and seen as vandalism. “Chinese people don’t really understand, they are confused and don’t know what we are doing” Mels states.

Read was one of the first people in Shanghai to start painting on the walls. He first started to paint in random places that nobody cared about, such as a building on Moganshan lu which was later demolished. Moganshan lu is pretty strategic for them, it gets the most people traffic and is great exposure for their work. People going to visit M50 also come to see Moganshan lu and the street itself attracts as many people as the art district.

In Shanghai, among a population of about 30 graffiti artists, only 10 are active, which makes the BMC crew the most active crew in the city so far. “We draw two to three times a week” Mels says.

Being a graffiti artist takes dedication and a lot of practice. In Shanghai, thanks to the grey legal zone, graffiti artists can take their time to practice and are able to fully experiment and develop their skills. Even though it is much safer to tag here, it obviously depends on location. Mels comments, “A friend of mine tagged the inside of a club and got caught. But she negotiated and made out with only a 500 RMB fine! When I think about the US where they literally hunt you, I am pretty happy to be here!”

On Moganshan lu, the BMC crew has time to paint; they are able to work on their individual pieces, paying special attention to details. “Read is the slowest among us! Obviously it depends on the size of the piece but most of the time he needs around 3 hours!” Mels says that he developed a kind of paranoia while doing graffiti in the US. There was a veritable war between the police and the artists, a cat and mouse game, but also between the artists themselves. “It is very hostile back in the US. But here there is a real community. It’s a friendly competition. We are not fighting for a spot but competing on the style”.

However, legal graffiti is not graffiti. Thus Moganshan lu is not really graffiti, according to Mels. Graffiti must denounce something, and through this it displays to the world a sense of discontent; it is often emotive, designed to engineer change. Now, the crew is planning on painting the sides of the Suzhou River, a spot which is very visible. This is more difficult as they will need to watch out at all times. This would be unique in Shanghai, and a good alternative to Moganshan lu!

In the future, the crew would like to get a public studio in order to be more open to their audience. They are also doing an art gallery this autumn, and organizing a “Black Book Session” this summer in their studio, where they will displays several canvas’ and other works; they will also let people look at their scrapbook. In addition to graffiti, they do some advertising and design work. 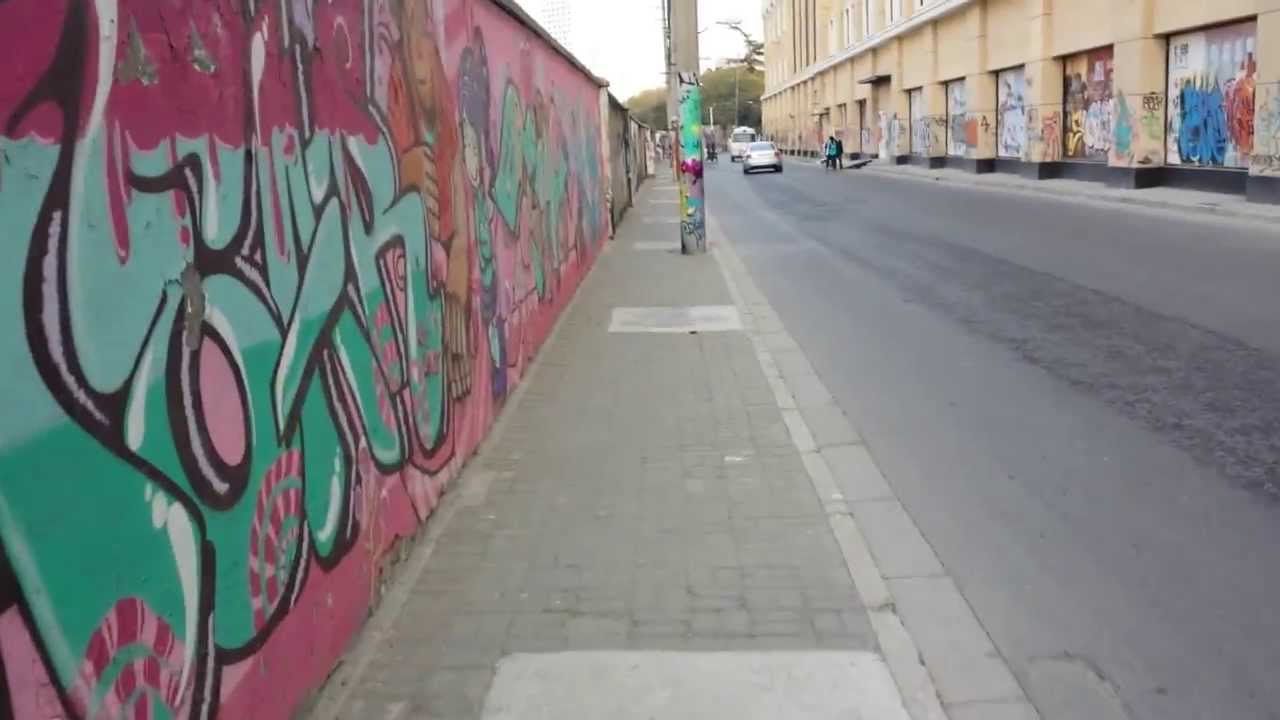