Here is a quick overview of the Hulu app within the Samsung Gear VR. powered by Oculus.

It took me forever to figure out how to get what I was seeing on VR Gear to my HDTV. I tried using ChromeCast and a few other mirroring devices which froze after like 3 seconds and other screen recording software that just plain didnt work with the Gear VR. What I used in this video is an app called MirrorOP on my galaxy S7 then used the MirrorOP receiver on my Windows computer (can be used on Mac Book too). Then i mirrored my computer to my HDTV. Note that there is lag on my HDTV compared to what I was actually experiencing on the VR Gear itself. 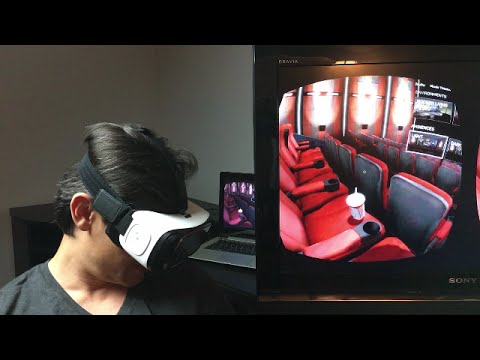