Unfortunately, Ubisoft’s Far Cry 6 announcement was a bit spoiled, but the company still has more to announce. Ubisoft says that its next entry into the Far Cry franchise will show up on February 18th, 2021 for Xbox Series X, Xbox One, Stadia, PS5, PS4, PC, and Uplay+. In Far Cry 6, you’re Dani Rojas, a resistance fighter, and your goal in life is to take down President Antón Castillo, played by Giancarlo Esposito from Breaking Bad, and his son Diego, played by Anthony Gonzalez.

Ubisoft hasn’t said much about the game mechanics, but you will definitely have access to some sort of disc launcher. There will be an opening sequence from Westworld’s Patrick Clair that will feature a score by Pedro Bromfman (Narcos).

With FarCry 6, there is no need to worry about what platform you own, as the game is available on just about any current or upcoming platform you can think of. Also, if you buy the game for Xbox One or PS4, you get a free upgrade to either the Xbox Series X or PS5 version. There should be more titles like this, that span all available platforms. In releasing a game in this way, Ubisoft is accessing the widest market possible. 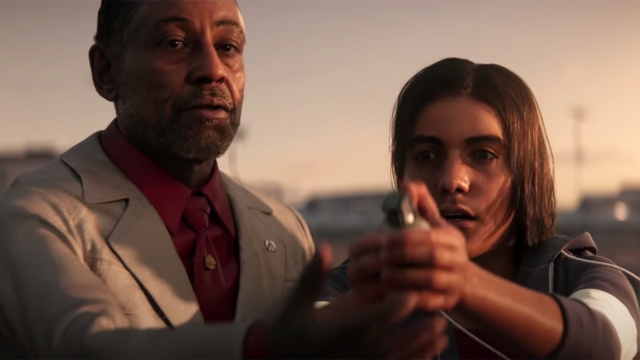