Believe it or not, ants started farming way before we did. How do they do it?

“Ants cultivated designer crops in controlled environments millions of years before humans figured out how to push seeds into the ground to grow food, scientists reported in a study Wednesday. It has long been known that dozens of ants species tend and harvest fungi in subterranean farms, mostly to feed a colony’s larvae. A few species have taken that process to the next level, modifying fungi so thoroughly they can no longer survive in the wild, much in the way some genetically altered crops consumed by humans are not viable without pesticides or other inputs.”

“The evolution of ant agriculture, as practised by the fungus-farming ‘attine’ ants, is thought to have arisen in the wet rainforests of South America about 55-65 Ma. Most subsequent attine agricultural evolution, including the domestication event that produced the ancestor of higher attine cultivars, is likewise hypothesized to have occurred in South American rainforests.”

Symbiotic adaptations in the fungal cultivar of leaf-cutting ants

This episode of Seeker was written and hosted by Trace Dominguez. 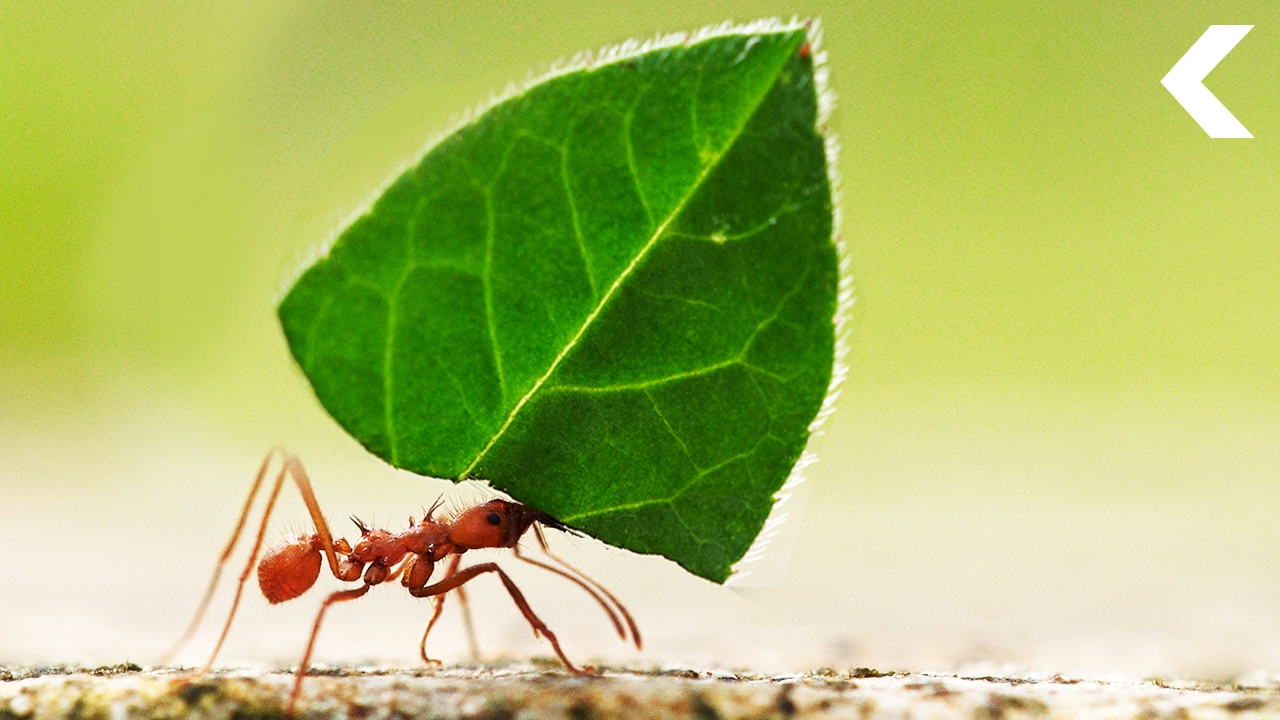