Launched ten years ago, on Oct. 25, 2006, the twin spacecraft of NASA’s STEREO mission – short for Solar and Terrestrial Relations Observatory – have given us unprecedented views of the sun, including the first-ever simultaneous view of the entire star at once. This kind of comprehensive data is key to understanding how the sun erupts with things like coronal mass ejections and energetic particles, as well as how those events move through space, sometimes impacting Earth and other worlds. Ten years ago, the twin STEREO spacecraft joined a fleet of NASA spacecraft monitoring the sun and its influence on Earth and space – and they provided a new and unique perspective.

The two STEREO observatories, called STEREO-A and STEREO-B – for Ahead and Behind, respectively – were sent out from Earth in opposite directions. Using gravitational assists from both the moon and Earth, the STEREO spacecraft were accelerated to Earth-escape velocities. STEREO-A was inserted into an orbit slightly smaller, and therefore faster, than Earth’s. For STEREO-B, the reverse happened: It was nudged into an orbit slightly larger than Earth’s so that it traveled around the sun more slowly, falling increasingly behind the Earth. As the spacecraft slowly fanned out away from the centerline between Earth and the sun – where every other sun-watching spacecraft is located – they revealed more and more new information about our closest star. 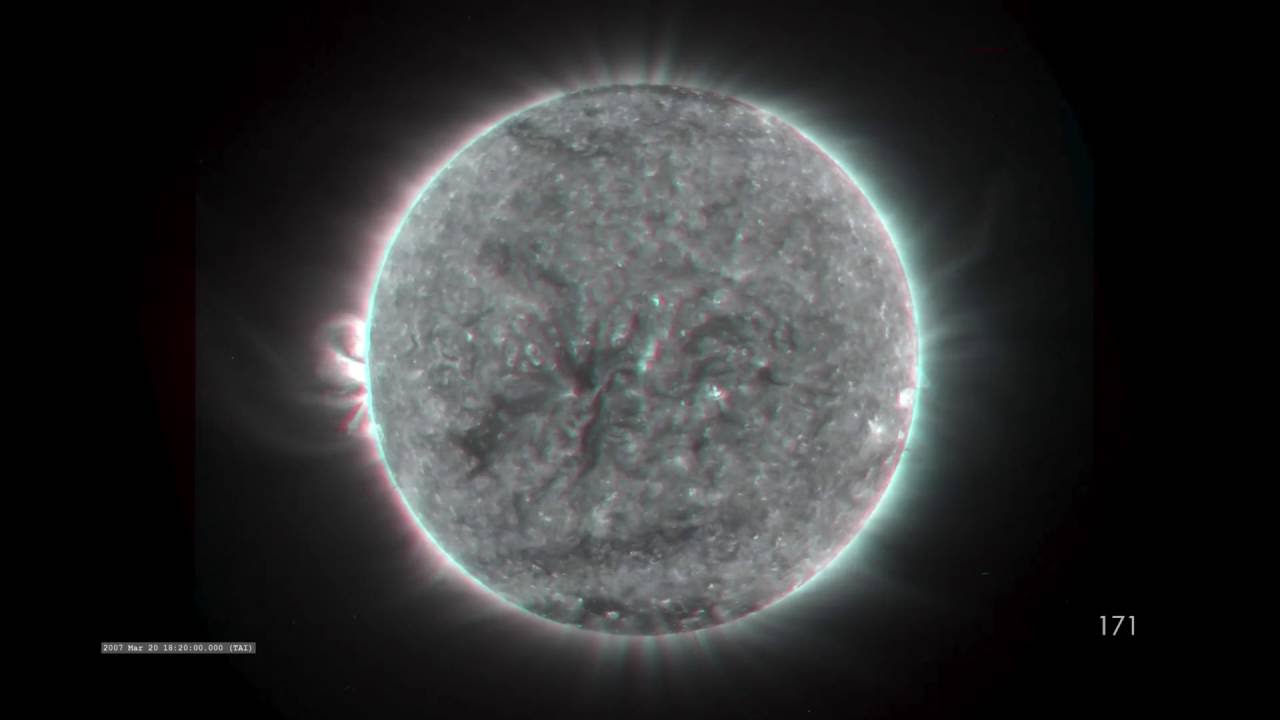